Getting what we want, at the right price, can often feel like an overwhelming task. When we search for a new car, a home, livestock, or bread, how do we know we’re getting the best deal? Nobody wants to be flim-flammed. 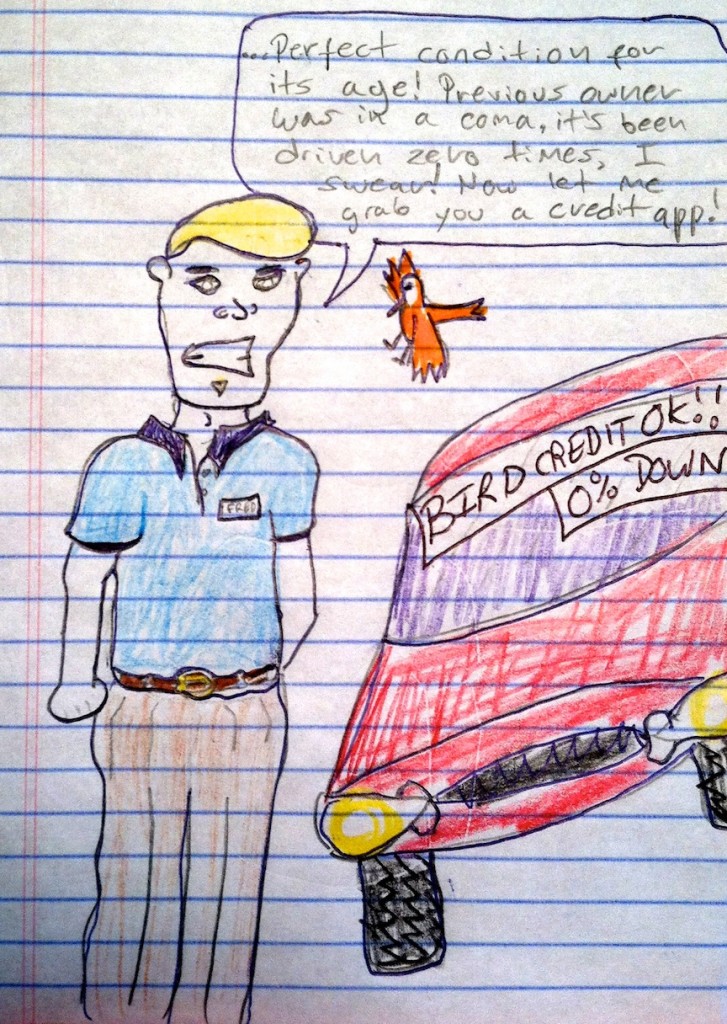 This is an area wherein the things we learn in our spiritual development can really be utilized to our advantage. We have examined, over and over again, the problems in our lives. We have looked at the troubles and desperation they inspire in us and the behaviors that result. We realize now that when we are under siege, we don’t do our best decision making.

Now let’s turn the tables on life. In all of our negotiations, we are matched with another person, not always a foe, but certainly a foil with their own agenda. We must realize that these people, though they may seem intimidating, are just like us. They are only humans on an earth-planet-spirit-quest. The same as ours.

Hence, they have weaknesses we can exploit. Let’s imagine a car salesman. He is not so much a wolf-in-sheep’s-clothing, as a snake-in-worm’s-clothing. Though not universally true (but almost), the majority of people working in this field are parasites living day to day, transferring between different hosts, from which they seek to suck the maximum quantity of lifeforce. If you arrive on their car lot, you become the target for that day. Those in the auto sales game may have a myriad of problems: child support and alimony payments, debts to bookies, shenanigans with narcotics, sexual deviations, etc. When you go car shopping, you never know how put upon by his or her problems a particular sales associate will be. Realize, however, that at some point, all of these people will encounter a very desperate time in their career, where they absolutely need to sell a car, and must be willing to settle for less to avoid prison, leg-breaking, or some similar fate.

While you may not catch a particularly desperate fish on your first try, focus on the fact that such a slimy bottom-feeder is out there, statistically speaking. When at a car dealership, wherever you might be, you are never too far from another car dealership. So your strategy might look something like this: go to such a retailer and make an offer on a car substantially below the retail price. You may be laughed off, but if you are, so be it. Simply try the tactic at another outfit. Eventually, you will hit upon that salesperson who hasn’t any choice but to indulge you. He or she must pay that bill, or keep their job, or fill that syringe, and so on. If your actions hasten the event of their premature death in a motel room, decades before peers in other fields, this is not your fault. You merely seek a way of getting to work and around town.

This is only one example. When seeking the best price on anything, we can often look at human frailty and discern where the desperation is. While I, as a spiritual leader, would never endorse blackmail and manipulation, I would be dishonest to suggest that these aren’t also very effective habits. Above all, we should always remember this: we can have anything we want, and never overpay for it. We simply need to look closely at our situation, and see how.

Today, I see how this game works. I can find out who the human parasites coming after me are, and bleed the life out of them instead!