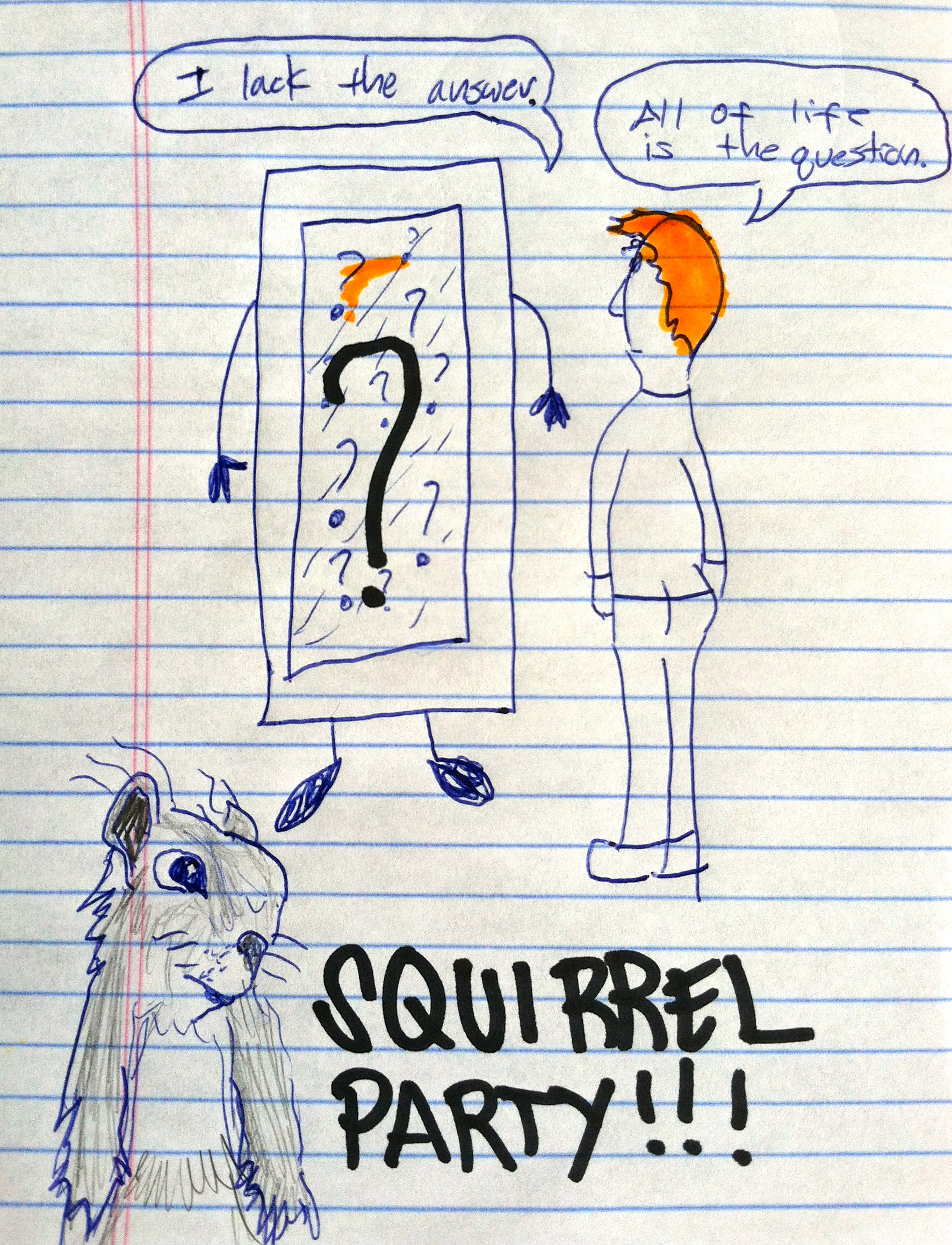 “Who am I?” once asked a man who, after decades as the town’s best known and trusted haberdasher, had put away his buttons, glove leathers, and small trinkets, and taken his retirement in the countryside. After so long making a living of strings and zips and other notions, the man felt that if not the proprietor of the haberdashery, he was surely nobody at all.

One day, happening upon a stream, and pausing to take a rest, the man had a new thought. In the light of the sun, hearing the trickle of the water, he suddenly felt a peace fall over him as he gazed into the stream at his own reflection. Surely he had been a haberdasher, and before that apprentice to a masterdasher, and previous to then a student at one of the finest habercademies, and so on. However, these things could be said of many men. Haberdashers, mostly.

The man reflected in the stream was only himself, and while he might be like many others, there was only one him. The true person he was lived not in the haberdashery, but in his heart.

The person I am is not my job, my place, a hat I wear, or a band I like. These are all parts of me, but they come and go. Today I will look at my truest self, by pointing my eyes into my soul. Backward and down.